The old beat-up truck is history. 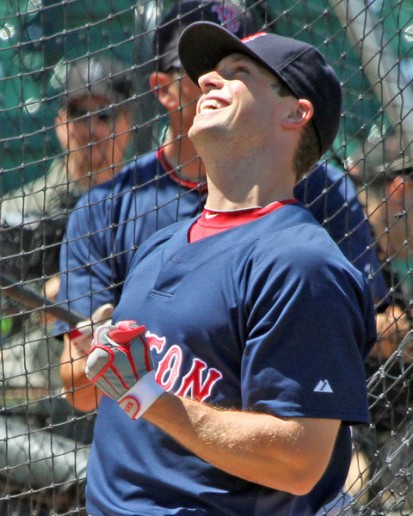 After receiving no signing bonus and earning a meager $1,100 a month when he joined the Red Sox organization in 2008, Daniel Nava finally made a few bucks last year when he spent more than two months in the big leagues.  The 27-year-old outfielder didn’t go on an off-season spending spree, but did make one significant purchase.

“You know the truck that I had right?” Nava told me.  “The one that everyone made fun of?  I had a red, ’95 GMC pickup that was completely breaking down, and I went out and got a new car because my mom was even making fun of me.  She said, ‘Hey Daniel, are you going to drive that truck across country?’  Last year I did, so I said, ‘Actually, I think I might.’  And she goes, ‘Do you think that truck will make it?  It’s kind of old and it sucks.’  When your mom starts making fun of your car, you know that it’s time to move on and look for something else.  So I gave that car to my brother and went out and got something for myself.  That was my only purchase.”

For the record, the new ride isn’t exactly a Lexus or Escalade.

“I got an ’08 Dodge Charger,” Nava said.  “It’s got four doors which I’ve never had before, so I can actually put things in the backseat or the trunk.  Little things like that are funny to me because when you have a truck you don’t have a trunk, so I was like, ‘I have a trunk – this is awesome.'”

The Charger is enough of an upgrade that Daniel had it shipped to Florida instead of driving cross-country.  Nava is already in Ft. Myers and began working out at the Red Sox spring training complex last week.

“I got out here on Monday night (January 31st), and that’s the norm for me,” Nava told me.  “When I first came out here I was trying to make a minor league squad back in ’08, and I’ve stuck to the idea of getting in here as soon as I can.

“I’m here with a bunch of other guys – Ryan Kalish is here, Doubront, Papelbon has also been out here, and a bunch of other guys as well.  There’s a Fantasy Camp going on, so we mold our schedule around what they’re doing.  We usually come out around 10:00 and play catch, take batting practice, fly balls, and do a little conditioning.  It’s pretty light, but I think that’s the way it should be when you’re just getting back into spring training mode.” 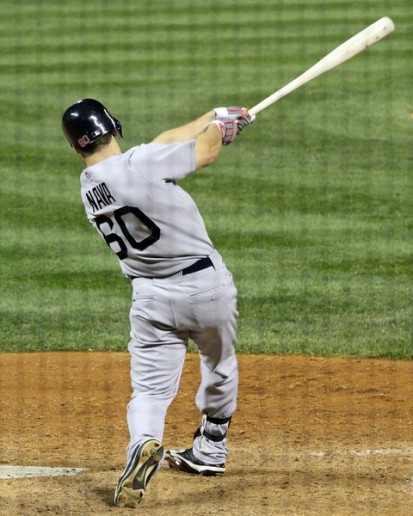 “I did get an opportunity to share the story of what’s taken place at some schools and the church I attend back home, and that’s something that I really enjoyed,” Daniel said.  “I know when I was the underdog in high school or college and I heard athletes and other people come and talk, I loved hearing that stuff because I was trying to hold on to any hope that I could get.  To be able to come full circle and do that for other people was kind of ironic.  All I did was simply share my story and what I believe in.  It was cool to see the response that I got from people.  Obviously not everyone had the same reaction, but some people approached me and said, ‘I do see some hope.’  That was really cool.”

Nava finished last season in Boston, but could begin this season back in Pawtucket following the Red Sox off-season signing of free agent Carl Crawford and the anticipated return of injured outfielders Jacoby Ellsbury and Mike Cameron.

“To be honest, I’m glad that we got (Crawford) because I know that he’s going to help the team and whether that means that I’m up there more or less, I know that I still have to go out there and do my job,” Nava told me.  “Throughout the whole course of me coming up through the minors and making it to the big leagues, I’ve tried to keep that simple approach.  Go out there and do your job and things will fall into place.  Personally, I think it’s going to be awesome for the Sox because it gives them a better chance to make the playoffs, so I can’t worry about whether that might take playing time from me.  That’s not how I think or how I operate, so why start now?”

In other words, Daniel’s car has changed, but his attitude hasn’t.

I’d love to hear from you.  The address is dhoard@pawsox.com

And I have finally joined Facebook.  Just search for Dan Hoard and look for the photo of me with the handsome lad.